It’s been a while since I’ve posted, but I have a good excuse: I was on vacation.  Prior to that, however, I have no excuse for not blogging. I’ve been riding a bit. I commuted to work once. I had a memorable ride to Hamilton and got caught in the pouring rain.

But I wanted to add one of my “50 in 50” rides: Number 49, Stanley Park in Vancouver. Before I get to that, I’ll summarize my vacation.

After landing in Vancouver we took the rental across to Nanaimo from Horseshoe Bay. I was planning to rent a bike for a week in Nanaimo but it didn’t work out so I was bike-less until we got back to Vancouver over a week later. But back to the island…

Our first four nights were near Qualicum Beach, about a half an hour north of Nanaimo. We stayed in a resort apartment a short walk from the beach.  On the first evening, we came across this in the path by the beach… 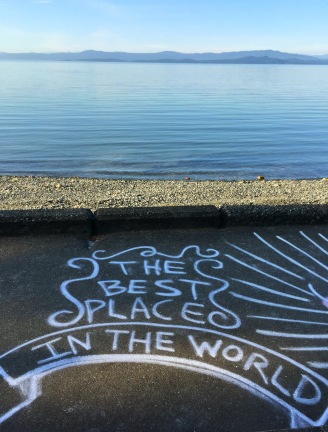 With perfect weather, the ocean, and a view of mountains in the distance, I couldn’t agree more (oh I almost forgot… I was also sampling some of the local craft brewery IPAs… try Driftwood’s Fat Tug IPA if you get a chance!): 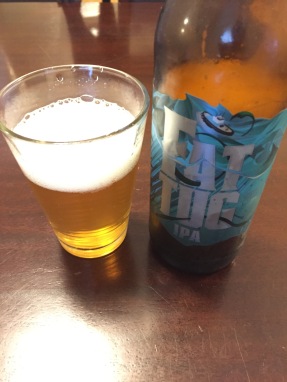 During our few days in the Qualicum area, we:

Hiked along waterfalls at Nymph Falls (even swam in the cold waters):

Englishman River Falls, where the water falls miles into the earth’s surface (OK, maybe not “miles”, but a long way!): And Little Qualicum Falls: We walked out on the beach at low tide: 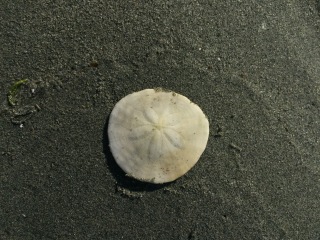 And visited the tall trees at Cathedral Grove:

Next, we drove across the island to Ucluelet for three nights. We had originally planned to stay in Tofino but after some research we felt that Ucluelet was a better choice. We stayed in a cabin on Terrace Beach at the head of the Pacific Rim Trail.

This location was fantastic.  Bald eagles were nesting outside the deck of our cabin, and we fell asleep to the sound of the waves on Terrace Beach.  Sunsets were breathtaking. 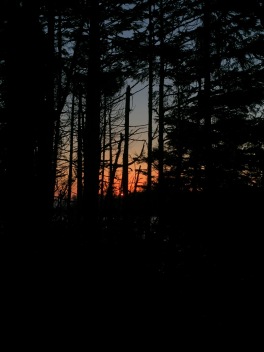 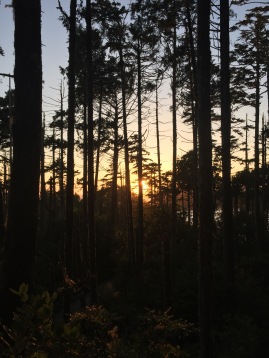 Our Long Beach walk was amazing. Sunny with a cool breeze off the Pacific. Some brave souls were trying to surf in the cold ocean water, but we stuck to the sand.

We drove back through Nanaimo to Victoria for our last evening on the island before taking the ferry back to Vancouver.  On our final day, we rented bikes at Canada Place and rode the sea wall path in Stanley Park.  It’s not very long, but the views are amazing.

We stopped at the Vancouver Aquarium.  The last time I was there (in the 1990s), they still had a killer whale tank, so I was pleased to see they no longer had those.  They did, however, have very cool-looking displays: 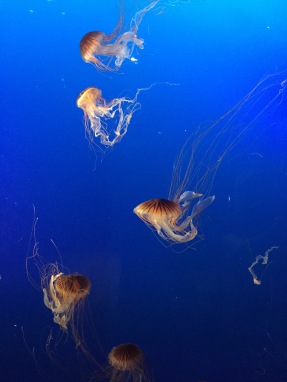 So… ride 49 is complete, and it took place on our last full day of our BC vacation.  I have one more ride to complete for my 50-in-50 goal, so stay tuned.

p.s. one more thing: we had lunch one day in Coombs, BC, on the island.  Their feature is “Goats on the Roof”.  I have a photo of it somewhere, but it’s a thing!